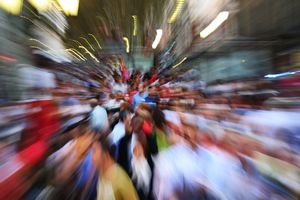 Just after Christmas, I was moved back out of my single room. Pete and Courtney were visiting at the time. Unable to move my head, and with eyes that would not focus, I was still very unaware of my surroundings. Although I had now been in ICU for several weeks, I was completely unaware of the layout of the ward. I felt like I was in a very busy open ward, with lots of beds in rows. The regular hustle and bustle of the ward went on around me. To me it felt like I was on a highway – fast, noisy traffic rushing passed in a blur. I became quite distressed. I had to close my eyes to stop myself from having a panic attack. Pete was really good and explained my surroundings including all the sounds I could hear.

The dramas with my locked jaw continued. The medical staff were becoming concerned at the lack of mouth care I was receiving. Most of you will know that mouths are full of bacteria and therefore a potential source of infection. An older, matronly-style nurse was trying to brush my teeth. She was using a metal handled brush attached to a suction tube. She tried prying my jaw open several times without success. As if on cue, I yawned. With my mouth open wide, she saw an opportunity and shoved the brush in my mouth. I can still remember the look on her face – she thought she was so clever. I immediately realised her silly mistake. As I expected, my yawn finished and my jaw slammed shut – toothbrush wedged firmly behind my teeth. I was thinking, ‘I bet you don’t feel so clever now!’ There were several moments of panic as the nursing staff looked to each other for bright ideas. Luckily for us all, I yawned again soon after. The nurse reacted quickly and managed to get the brush out. Right, lesson learned.

A younger nurse, who had looked after me a few times early in my admission, took me under her wing. She was quite confronted by my young age and the severity of my injury. She was very lively and not completely conventional. She decided that several weeks stuck inside, was no good for anyone. She gathered a willing wardsman and a plan was made to take me for a walk. Paul was the willing wardie who accepted the challenge with a cheeky grin on his face.

So I was moved into what was called a stroke chair – a recliner on wheels. The chair was piled up with oxygen and resuscitation equipment in case I attempted to die en route.

The same nurse had also spent several days trying to convince the medical team to let me try something sweet in my mouth. Finally she wore them down and they agreed to let me try a lolly inside my lips – maybe I would get a little taste. 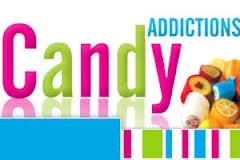 Off we went. As an ICU patient, it is a big outing to make it to the concrete ICU courtyard. My nurse had bigger plans. First stop – women’s auxiliary shop. Down through the main foyer we went and into the shop for lollies. The first packet she picked up was a small packet of rock candy. I was blown away – I recognised the packaging. Dad was with me and I quickly started blinking my message. I wanted Dad to know that it was Kelly and Donnie’s candy, all the way from the Sunshine Coast. 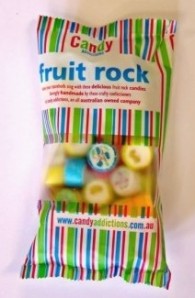 Dad then relayed the message to everyone else. We were all so excited. I of course wasn’t interested in any other lolly options after my discovery. That would be the only candy for me. I had found a little piece of home.

The adventure continued as we wove our way through swarms of people in the main foyer. I was suddenly hit with the realisation that people were looking at me. I didn’t want people looking at me – I felt like a freak. I was ashamed of the way I looked.

I suspect we’ve all done it at some stage – looked at people in hospitals with tubes and things we’ve never seen before. I remember the first time as a student seeing someone with their head in a halo brace. I didn’t mean to stare but it was frightening and fascinating.

When I started working in a hospital, I had led a sheltered life. I remember looking at patients and wondering what had happened to them, how they were feeling, who their loved ones were etc. I am not proud to admit that my lack of exposure to disabled people left me a little fearful. Do I look or not? Do I say hello, or not? I found it fascinating to watch family members kiss their dribbling face.

Suddenly I was that person and people were fascinated with me. I felt such a strong desire to let them know I was a real person. That I was completely in tact on the inside. That I was married with children, and my current state was not the entire story of my life.

I know many people are born the way I now found myself. My heart breaks for them and their families. I don’t want to give the impression that I think myself any different to any other disabled person because I had not always been that way. On the contrary I feel so blessed that I met Steve when I was only 22 and we started our family soon after. For 36 years I had lived a very full and happy life.

I can’t explain my need for people to see the ‘real me’, after all the real me was this dribbling mess, hooked up to countless tubes.

Little did I know that a large portion of my recovery would revolve around my emotional state. Trying to find reasons to value myself as a person, but more of that another day …… 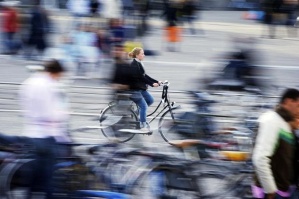 The rest of the outing was traumatic. I felt like a freak, people were staring at me and I had motion sickness.My partly paralysed eyes meant that as I whizzed along down the street outside the hospital, the world passed me by in a blur. Leaving the cocoon of ICU made me realise just how much my life had changed.

2 thoughts on “The World is a Blur”