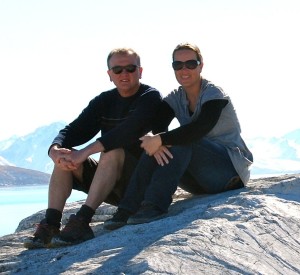 Steve is my beloved husband. I met Steve in 1997. I was 22 and he was 37. Despite the age difference, I knew after our first date, that I was in love and he would become my husband.

We have had an adventurous marriage – 4 kids in 7 years,  5 major moves and plenty of family holidays. Our relationship has remained extremely strong, built on love, loyalty, friendship and respect for each other.

I’m sure when we took our wedding vows, he didn’t expect “in sickness and in health” to ever become so relevant to our lives.

Steve has been by my side every step of the way. He has had to fight for me to receive treatment plenty of times. He has had to balance work, kids & my recovery. I can honestly say I love him as much as the day I married him. 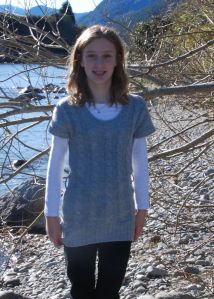 Katie was aged 12 at the time of my stroke. Katie is a typical first-born child – mature, organised and a mother-hen. She is also the stereotypical high achiever – determined, hard-working and a perfectionist. On top of all this, she is caring and compassionate. When she was just 6, and I had a house full of babies and toddlers, she would run around and make all the beds for me. Then she’d go out to the garden and pick flowers to leave by my bed.

She had been quite reluctant to move homes and schools, so I was a little worried about her.  Having a stroke was certainly not part of my plan to make sure she settled OK. 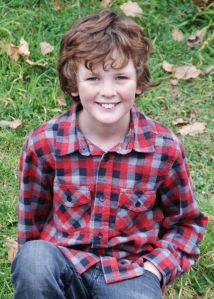 Will was aged 10 at the time of my stroke. Will is a very friendly and popular boy. From the time he was little, Will was quite timid. This means he does not like getting in trouble and has always made good friend choices as a result.  Will is a very sensitive kid who keeps his emotions to himself.  He was the child I worried most about. I worried about him settling in to school and dealing with the emotions around my stroke. 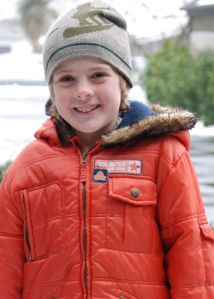 Fraser was 8 at the time of my stroke. Fraser is also a friendly and popular boy. Like Will, he is somewhat of a role model at school. Fraser is very affectionate and open with his feelings. He is extremely loving and quite a home-body. While I knew he’d suffer, I thought his ability to express his feelings would get him by. 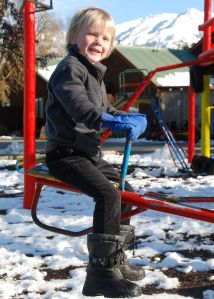 Matthew was just 5 at the time of my stroke. He was, and remains, my baby. Blonde hair, blue eyes, chubby cheeks. As a very touchy-feely  Mum, he bore the brunt of my kisses and cuddles. The idea of being away from him was something I couldn’t fathom. He was so little that I was unable to predict how he would cope – surely 5 year olds weren’t meant to deal with things like stroke.

All the photos of Steve & the kids were taken around the time of my stroke. We had been on a holiday to New Zealand just 3 months before my stroke. 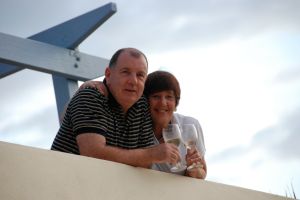 Mum and Dad live in Brisbane.  They have been happily married for nearly 45 years (43 at the time of my stroke).  They provided us with a safe, nurturing and loving upbringing. They gave us every opportunity possible in the hope that we would grow into happy, well-rounded adults. Whether or not they succeeded – well, the jury is still out!

I have maintained a very close relationship with Mum and Dad into my adult years. Mum has been there to guide me through my transition to motherhood. She is extremely loving and affectionate and very much a family focused person.

My Dad is quite different to her in a lot of ways. He is quite a laid-back guy, sitting there taking it all in.  I have always had an incredible respect for him that has pushed me to achieve my best. Although Dad has not traditionally been openly affectionate, we always knew he loved us dearly. 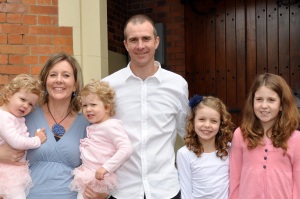 Ali is my big sister. She is married to Damo and together they have 4 girls. Ali and I became very close when we both became Mums. We would talk on the phone everyday. In fact sometimes several times a day depending on our need to procrastinate over work or cleaning! Ali lives just a few hours from Canberra – we were so excited at the prospect of many shared weekends.

Ali will feature heavily throughout my 2 months in ICU. It is fair to say that she became my greatest advocate during this time – making sure I was looked after, scaring doctors and nurses as required, trying to triage visitors at my request etc etc. She was forced to play bad cop a lot of the time in order to guarantee my comfort and sanity.

My brother-in-law is a great family man. Ali would argue that we bring out the worst in each other – there is always plenty of cheek and fun when we are together. Ali and Damo’s 4 girls are very close to my 4.

PETE AND THE FREW FAMILY 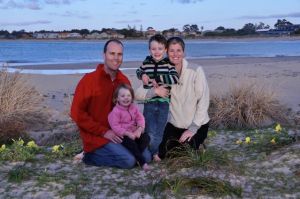 My little brother Pete is just 2 years younger than me. Growing up we were great friends, and as young adults we became great drinking buddies. He most definitely leads me astray. Our time together is filled with laughs and rude jokes. Pete married a beautiful woman named Courtney. She is loyal, kind and compassionate. I love her like a sister. They had 2 kids at the time of my stroke but have since added 1 to the brood.

6 thoughts on “Meet My Family”